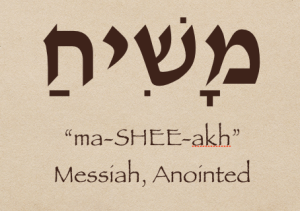 Did you know mainstream Judaism’s foundational sacred writings speak clearly and directly of a Messiah who would be die a redemptive death on behalf of all humankind?

Our “Two- Testament” stream of Jewish faith recognizes the first-century historical Jewish person, Yeshua of Nazareth, as the historical figure the Sages of the Talmud call, “Messiah, Son of Joseph, who will be slain” (Sukkah 52a, Sanhedrin 98a, Isaiah 53:1ff).

In English, he is commonly referred to among his non-Jewish adherents by his name derived from Greek translation, Jesus. This does not diminish Messiah’s endemic Jewishness any more than using his Arabic name Issa makes him a Bedouin.

We embrace the content of the Bible – ratified by the sages of the Talmud – pointing us to faith in the sacrifice made by the Suffering Messiah who would come before the destruction of the 2nd Temple (BIBLE: Daniel 9:25-26 TALMUD: TB Sanh. 98b). With The Temple gone, and the Torah sacrificial system rendered impossible to practice, Jewish Scripture points to Messiah as the current era’s source of “atonement” — the forgiveness of human sin. Jewish Scripture and commentary are rich and specific on this vital topic.