S.O.T.R.U. ESSAY 1 •If You See Something, Say Something 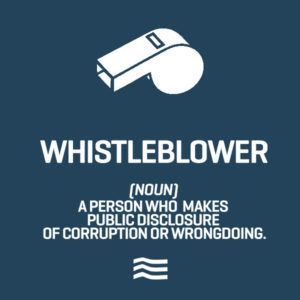 State Of The ReUnion • First Essay

“If you see something, say something.” – New York City Antiterrorism Motto

“To sin by silence when we should protest makes cowards of men.” – E.W. Wilcox

“If the watchman sees the sword coming, and and does not sound the alarm, and the people are not warned – then the Lord will assign guilt for every casualty to the watchman.” – Ezekiel 33:3

Messianic Judaism is in trouble.

The Movement to which I have devoted the entirety of my post-college adult life has been morally poisoning itself, and distancing the very God it claims to serve.

It seems fair to say that when we have a significant number among the leadership in the highest echelons committing crimes like forgery of signatures on corporate documents and publication of false corporate documents to influence the elections and business of a religious non-profit corporation, installing recently discovered thieves and embezzlers and false-swearers into high financial office among clergy – and more – and knowingly supporting the same among their fellow-leaders – and the rank-and-file having given up on healthy spirituality and accepting such behavior as normal – we have a movement posturing as “Biblical” that is not only not driven any longer by Scriptural laws and ethics – but we have a “leadership” among which many are not even qualified to be acceptable in fellowship, let alone, high office. (1Corinthians 5:11)

The Scriptures of both Testaments offer us pathways to deal with such spasms in the course of God-following generations. All that is required to get our Movement back on course is the resolve to rise among the populace to return to Biblically-clear values and correct emphases. We can correct our course: we can return from being off-track to being on-track. This essay series is a step by me to contribute to that course-correction. May God grant all wisdom as to what is valid, and what can be set aside.

The growing absence from the 1990’s onward of God’s genuine spiritual revival-making in the North American and western European faith communities the 1960’s-1980’s genuine revivals created, produced in the leadership not a healthy and humble seeking-of-God for what is wrong and how to correct it as the city of Nineveh did when made aware of how far it had gone from The Creator’s will and ways: rather, the withdrawal of God from the new-birth-making activity of which only He is capable has resulted in what seems an ego-driven and dollar-focused hunger to appear “blessed” to onlookers being relied upon for funds and for population girth yielding prestige. It reminds of King Saul, when informed the kingdom had been torn from his grasp because of his disobedience to God’s will, pleading with the Prophet Samuel to go out before the people so as to make him look good to the People. The old formula, “Mass attracts mass” does not work when there is no mass equal to the claim being made: and the claim Messianic Judaism has been making since the late 1960’s is that God is at work building it.

He was building this Movement.

I have been where God was active – in the United States, Israel, South Africa, and uniquely in the former Soviet Union. It is a thrilling, joyous, and awe-inspiring thing to be present where the manifest presence of the Creator is turning hearts toward truth-following.

Soul winning ground across a few years to a halt.

Rather than resulting in serious soul-searching to get the Movement aright again with God, a frantic scramble began, having two chief characteristics: secular theatrics and public relations replaced actual revival – and ethically anti-Biblical activity among leaders jockeying for prominence replaced honorable adherence to Scriptural ethical processes and the Constitutions of the faith-organizations mandating the Isaiah 8:20 standard: “To the Torah and the Testimony (of the Prophets): if they do not speak in accord with that word, there is no dawn (valid spiritual truth) in them.”

Great events with spiritual fire to them were replaced by theatrically-managed events staged with revival flavor, but no revival. Corrupt and unrepentant leaders stood in front of large crowds, calling them to accept God and Messiah, and become truth-followers – while they, themselves, were enmeshed in adulterous extramarital affairs, forging of signatures on corporate documents to influence elections in their favor, false witness and perjury in official process on a mind-boggling scale, and abusing office and access immorally and illegally in judicial processes whenever one of their own inner-circle was caught with their hand in the cookie jar.
High population at conferences and events became the goal – to appear the organization God was “with.”

Why do I have any “standing” – a right or obligation to speak in regard to these matters?
I spent 1978-2001 in the heart of it all – and when I became aware of the level of wrongdoing unrepented and continuing, I became a “whistleblower” – a person calling attention to the massively serious corruption when it surfaced in my view.

Because I sought both remedy for the harms done to me and mine – and to use my rights as a longtime MJAA member and clergy to bring healing to the systems problems – I went overnight from being a long-established minister, teacher/speaker, and worship-music lead-influence to being socially and vocationally dead.

My wife and I were socially and vocationally murdered.

We are the Alfred Dreyfus of the modern Messianic Movement.

We are King David fleeing in unjust exiled levied by an insane and murderous King Saul.
I had been a national and international representative of the North American Movement – we had been in the core of it all. The former President of the MJAA and IMJA described me this way when recommending me to take the President’s own position in his stead on the IMJA Editorial Board:

“Bruce Cohen has been serving on the front lines of Messianic Judaism nationally and internationally since the 1970’s. He is also an accomplished and popular songwriter, having written a number of Messianic ‘standards’ used for worship all over the world.”

I have held more high ministerial posts of service and responsibility than I care to name, and in many fields of service: education, conference speaking and teaching, theological pioneering, institution planting, and musical composition, arranging, performance, and recording. My CV is easily available for perusal at my personal website www.brucecohenwordsmusic.com. My wife had been a national officer of the youth Alliance, a teacher and worship-dance leader at conferences. We were both widely known, well-regarded, and lifelong core personnel in the MJAA sphere for decades.

In sum, I and we have what courts call “standing” – the right to make a case for the things that matter to us in the venue of service to which we have dedicated our entire adult lives – a combined over sixty years.

When we spoke up about corruption, not because we went looking into people’s garbage cans or hacked their emails, but because harm-doing evil came after us – we were socially and vocationally murdered. I stayed in the corridors of due process for over a decade – my and my spouse’s commitments to Biblically correct process run that deep and wide. Having started at Matthew 18:15 speaking in private directly to those committing sin, we went through the escalating stages of Matthew 18:16 and 18:17 witness-gathering and official process: we found an under-tier of politically ambitious sycophants who exchanged unconditional support of guilty power-holders for positions of influence or prestige for themselves. Every time these people were given opportunity to make things right – they sank into worse criminality.

The Movement I supported had been hijacked.

It had become a thing I “did not sign up for.”

We reached the end of due process. Yeshua of Nazareth said, “… if they will not come right after all this, treat them like amoral pagans thereafter.” (Matthew 18:17b)

Time to do what Emil Zola did when French army captain Alfred Dreyfus was being rail-roaded to cover up political corruption in high government officials.

This blog – “The State Of The ReUnion” – the title of which comes from a chapter in nearly 600 page apologetic I wrote between 1993 and 1999 while planting my synagogue in Manhattan – is my “Radio Free Europe” style attempt to speak out audibly in regard to the condition of the modern Messianic Jewish, or Two-Testament Judaism movement.
This blog does not keep track of who reads it.

People involved in Messianic Judaism, or interested in it to some degree, can read this and get access to my views, teachings, and ideas without being “tagged” for exclusion or reprisal by the current leadership of the MJAA, UMJC, IMJA  and other associations with leaders having gone so seriously corrupt they actually commit secular crimes in the course of their activities – and cover up for, and approve those they know do the same.

It has to stop.

May God heal this Movement speedily, and in our days.

May God give us grace to do the right, as He allows us to see the right.

May God grant the wrong-doers in the highest echelons “the repentance that leads to life.”

May it all be for true “shalom” – not just the absence of conflict, but the presence of justice.

There is no healthy God-following without being active in pursuit of this health (Micah 6:8).