Our synagogue was technically born on August 27, 1993, in the living room of an apartment on 70th Street between York and First Avenue in Manhattan’s Upper East Side, with a group of seven interested local people and our Rabbi & Rebbetzin, Bruce & Debi Cohen, who commuted in from their home in Philadelphia. Those seven New York locals took 500 brochures for a synagogue that did not quite yet exist, and all agreed upon a next meeting date in two weeks. The Cohens did not say to this group that they had come to Manhattan to “explore” the possibility of establishing a congregation: they declared they had come to build one. There was no equivocation: only a clear statement of intention. Beyond technicality, the emergence of Beth El in Manhattan was the result of many forces combining over many years in the lives of many people. 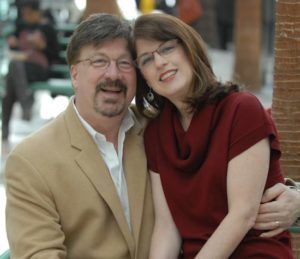 Rabbi Bruce & Rebbetzin Debi
Our Rabbi became a Messiah believer late in 1972, and participated with the earliest expressions of modern Messianic Judaism, growing with the Movement itself, as he moved through the echelons of child and high school education work and administration, adult ministry, advanced ministry, renowned musical worship composing and leading, teaching, conference ministry nationally and internationally, and finally ordination into the rabbinate. Our rebbetzin became a Messiah believer around the same year as her future husband, and grew up as the daughter of a Messianic rabbi: she also served in many capacities throughout the sacerdotal and administrative arenas of Messianic Judaism, and was a national officer of one of the Messianic movement’s affiliation associations. By the time Beth El began, our rabbi and rebbetzin had a combined thirty-five years of ministry and leadership experience. Beth El was no overnight enterprise.
Through many affirmations from many corners of the Messianic Jewish world’s leadership, Rabbi Bruce and Rebbetzin Debi Cohen received a clear call to establish a new model of Messianic Jewish congregation in the capital of the Jewish world outside Israel – the island of Manhattan, where no Messianic synagogue had ever been able to endure, and where large associations with millions of dollars at their disposal never succeeded in establishing an ongoing, healthy congregation. In the two weeks following the Beth El preparatory meeting on 70th Street, a Jewish Messiah-believing couple who had been praying for years for such a synagogue learned of Beth El being started. This couple explored the Upper East Side and had by faith arranged a deal in what they considered an ideal meeting place: The Barbizon Hotel on 63rd Street & Lexington Avenue. Without having met the Cohens, they felt led through prayer that Beth El was the answer to their prayers, and donated their deal with the Barbizon to Beth El. 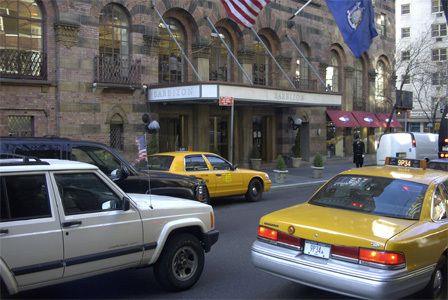 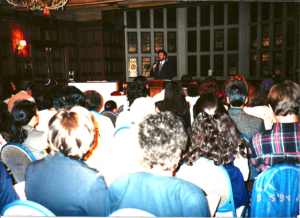 Our first actual Erev Shabbat Service was held on September 10, 1993, and had around 20 attendees. The next Wednesday was Rosh HaShanah, with over 100 in attendance.  The shul has fluctuated in size ever since, and has seen more people come to faith, and brought more wandering believers back to faith, than it has been able to count.
The rewards and results have been amazing. The demands and challenges have been awesome. Rabbi Bruce commuted between Philadelphia and Manhattan for a year and a half several times a week, often leaving New York as late as 2am on Amtrak from Penn Station, arriving back at his home in Philadelphia as late as 4am, and needing to wake at 6am to help with his toddler Ari – and later with newborn Levi.
Rebbetzin Debi commuted to lead worship, and stage celebrations and events, even when far along in pregnancy with her 2nd child, sharing similar late hours and early wakings on Shabbat as the rabbi. The Cohens carried a Philadelphia mortgage, a Manhattan apartment rental cost, and often personally paying the fees for Beth Els meeting place and development costs during the planting years of the synagogue. As others joined them, others also joined in giving and sharing sacrificially to see happen in Manhattan what never had before: to see the rise of a healthy, sane, spiritually vibrant, endemically Jewish synagogue of Two-Testament faith. Serious commitment to the Biblical tithe – and serious Terumah (beyond tithe giving) has played and continues to play a significant part in Beth El of Manhattan’s ongoing growth: our sound-system and slide projection systems, and laptop Macintosh computer for slide projection and ministerial programs were all donated by individual – some in memory of a loved one.
Beth El exists through the faith and the giving of its constituency – and can grow in impact as those with our vision share our work. Shortly after the first Rosh HaShanah service, Rabbi Bruce received a phone call out of the blue from a ministry in another part of the country. That work had a Torah scroll and an ark, and asked Beth El if the newly-planted Manhattan synagogue wanted a full-sized Torah. Beth El’s rabbi was, at the time, one of  very few American Messianic rabbis who could actually read from and teach directly from the unpointed Hebrew text of the Torah; and the Biblical model of teaching directly from the scroll to the people (Nehemiah & Ezra) was near the heart of the vision Rabbi Bruce had for the service of the congregation. The young Beth El of Manhattan needed a full-sized Torah, but could never have afforded one that early in its life. Suddenly, Beth El of Manhattan found itself with a full-sized Torah scroll with a beautiful history: it was composed of three Torah scroll fragments having survived the Holocaust in Europe and having been sown together to form one whole Torah.
In the time since, Beth El has met in the Barbizon Hotel, then moved briefly to The Marriott Marquis in Times Square, then to the Rock Church (around the block from the Barbizon) on 62nd Street, and at SJB High School on 75th Street – having settled at present in the gorgeous CPC Building on Park Avenue and 64th Street. 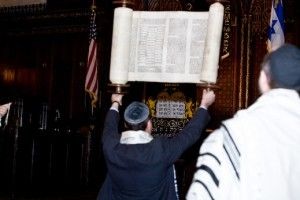 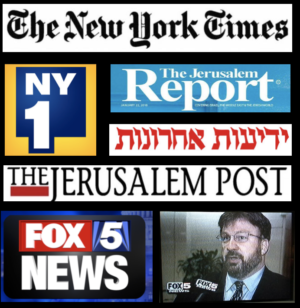 Our synagogue, while not huge in size, has been large in impact in the Jewish world, having been reported in The Jerusalem Report, The Jerusalem Post, a full 2-page feature story in Yediot Achronot (Israel’s largest Hebrew language newspaper), the New York Times, New York Post, New York 1 Television, Fox TV News – and other periodicals.

Our model of synagogual practice has been influential in the formation of practice all across North America, Israel, South Africa, Russia, the Caribbean and elsewhere in the world. Our long range planning involves eventually establishing a sister synagogue in Jerusalem, Israel (already having had one meeting, and with future work being carefully planned) – the establishment of an affiliation association called The Messianic Jewish Congress℠ – holding forth and encouraging our models of practice and theology.

Rebbetzin Debi commuted to lead worship, and stage celebrations and events, even when far along in pregnancy with her 2nd child, sharing similar late hours and early wakings on Shabbat as the rabbi. The Cohens carried a Philadelphia mortgage, a Manhattan apartment rental cost, and often personally paying the fees for Beth Els meeting place and development costs during the planting years of the synagogue. As others joined them, others also joined in giving and sharing sacrificially to see happen in Manhattan what never had before: to see the rise of a healthy, sane, spiritually vibrant, endemically Jewish synagogue of Two-Testament faith. Serious commitment to the Biblical tithe – and serious Terumah (beyond tithe giving) has played and continues to play a significant part in Beth El of Manhattan’s ongoing growth: our sound-system and slide projection systems, and laptop Macintosh computer for slide projection and ministerial programs were all donated by individual – some in memory of a loved one.
Beth El is the only synagogue of Two Testament Judaism in Manhattan before, during, and after the “Nine-Eleven” events of September 2001. For five years following the 9-11 attacks, Beth El was the only synagogue in all 5 New York boroughs to receive a direct threat of Islamic extremist antisemitic violence – and twice. The community has remained steadfast in its commitment to see the Jewish community of Manhattan served with the message of Two Testament Judaism, and saw no change in its mandate because of the city – or the congregation – being “in the crosshairs” of extremism.
Personnel have joined us across the years who are talented, skilled and devoted musical or liturgical worship leaders, teachers, administrators and helpers in all aspects of the congregation. Our Membership process is inclusive, not exclusive – and we have always felt, “the more, the merrier!” 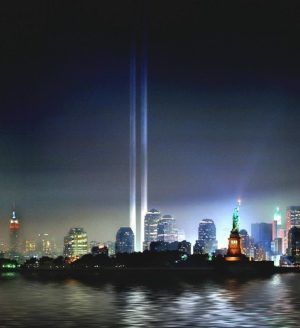 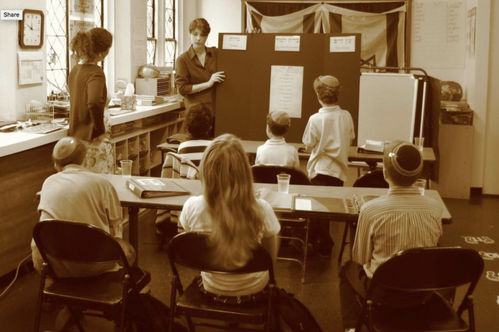 Rebbetzin teaching the upper Hebrew School.
When the child population has warranted, we have had a wonderful Hebrew School Program with highly skilled teachers and administrators – and delightful life-cycle and holiday celebrations.

We even have “Virtual Members” – people who live elsewhere than New York, yet still consider us their synagogue because of their esteem for our model, leadership, and theology.

This page is but a brief summary – much more could be told. And best of all – there are vast horizons open to explore in all the areas of ministry Beth El has been building since 1993.
So – let the story continue. Y’hi ratzon (May it be God’s will) there is much more to come.

And who knows … maybe your story will become interwoven with this one across time?

If you have never visited the synagogue … maybe now is the time.

“Visit because you are intrigued. Stay because you’re home.”℠
Shalom (Peace) and Kadima! (Forward!)